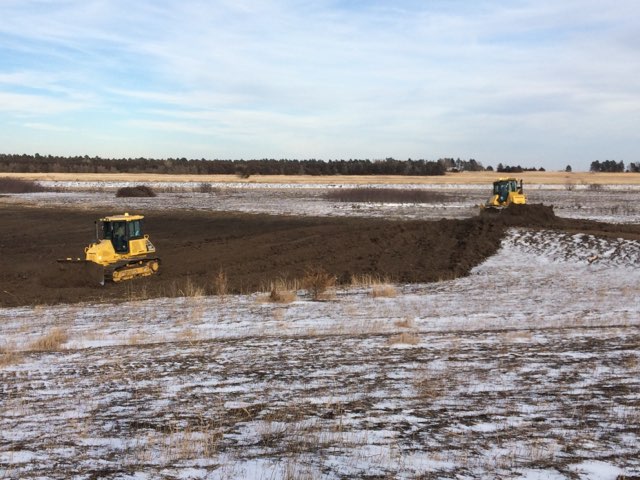 Sacramento/Wilcox Wildlife Management Area (WMA) was the first Rainwater Basin wetland purchased by Nebraska Game and Parks Commission.  The first tract was acquired in 1940 with subsequent acquisitions completed through 1960s.  Like with most Rainwater Basin Wetlands this wetland had a significant number of modifications because of drainage activities and road construction.  Most of these modifications were removed as the property was restored.  Starting in 2001, the Rainwater Basin Joint Venture, Nebraska Game and Parks Commission, and Ducks Unlimited initiated the last elements to fully restore this wetland.  Like with most projects there were multiple elements that were completed over time.

Sacramento Creek enters the WMA on the northwest portion of the area.  Heavy rains historically would carry a sediment load from the 50-square-mile watershed into the wetland that resulted in loss of function.  In 2001, channel realignment where the creek enters the WMA and construction of a sediment retention pond were completed in a successful effort to control sediment being transported into the wetland.  Three water control structures on the pond allow control and diversion of water entering the WMA from the creek into 3 separate areas of the Sac wetland.  No-till farming practices became prevalent in the early 2000’s which also aided in sediment control.

A portion of the wetland at the Sac/Wilcox WMA was used a goose production facility in a project to restore Giant Canada Geese to portions of their historic breeding grounds in Nebraska, primarily in Nebraska’s sandhill region and also along the North Platte River in Nebraska’s panhandle.  This project began in 1967 with construction of a 50-acre pen to hold pinioned captive birds.  A series of dikes, ditches, and nesting mounds were built along with a series of nesting pens that allowed the geese to nest and produce young that were captured just prior to flight stage and transported to numerous release sites.  About 300 geese were in the breeding flock.  Water was provided from a natural gas powered irrigation well.  In order to increase the production of goslings, another 35 acres of the wetland were developed with dikes, ditches, and nesting mounds and added to the pen in 1987 along with the addition of another irrigation well to provide water for this addition.  This allowed the breeding flock to be increased to about 500 geese.  Gosling production and releases continued until 1997 when the program was deemed a success and the project was discontinued.

In order to restore the original functionality of this portion of the wetland, the dikes, nesting mounds, and ditches have been recontoured to levels as near to the original wetland elevations as possible.  A contractor worked with heavy equipment for several weeks in December 2021 and January 2022 to put material back in the wetland in the original locations that it was removed from for construction of the goose pen facility.  Hopefully, runoff and supplemental pumping will restore the wetland to a high level of productivity. 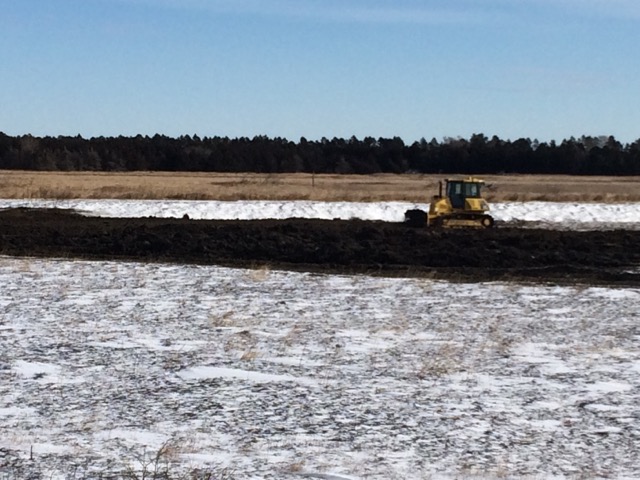 Chrysler industrial 8-cylinder engines powered by natural gas have historically been used on the Sac/Wilcox WMA to power the wells to pump supplemental water into the wetland during the spring and fall waterfowl migration periods.  These engines were originally installed in the 1970’s and had become repair-prone and difficult to maintain.  Two of these wells were converted to electricity in the spring of 2017 and two more were converted during the summer of 2020.  Pumping is now cheaper, less labor intensive, and more efficient than with the old natural-gas engines.

In addition to the dirt work recently completed, about 6000 feet of underground pipe and 10 water control structures will be installed this winter/spring as weather and frost conditions allow.  This will enhance water delivery to the recontoured area of the wetland, the main portion of the Sac wetland, a handicapped-accessible hunting blind, a 2-acre fish pond, and the sediment pond.  Supplemental water delivery to the sediment pond will allow hunting on an additional portion of the area that often has a great food resource but may or may not have water during the hunting season.

The extensive amount of restoration and installation of water delivery infrastructure will ensure reliable habitat at this wetland.  This property will be a good fit for supplemental water deliveries through the RWBJV water endowment.